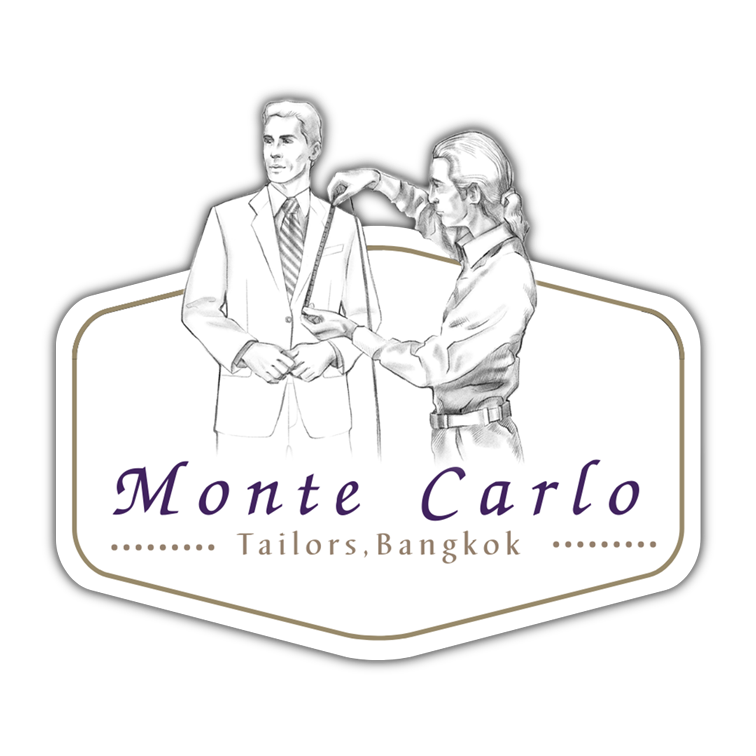 WHAT ARE THE COMMON PATTERNS IN GENTLEMEN'S SUITS?

(Insights from Owner of A Bangkok Tailor Shop)

A Gentleman’s tailored suits are common in solid colors of navy,charcoal and black. Shades of grays, browns, and lighter shades of blues comeinto play for a more discerning gentleman. For those who want to venture out alittle more and play a little out of tradition, a new world of patterns comesinto the picture. 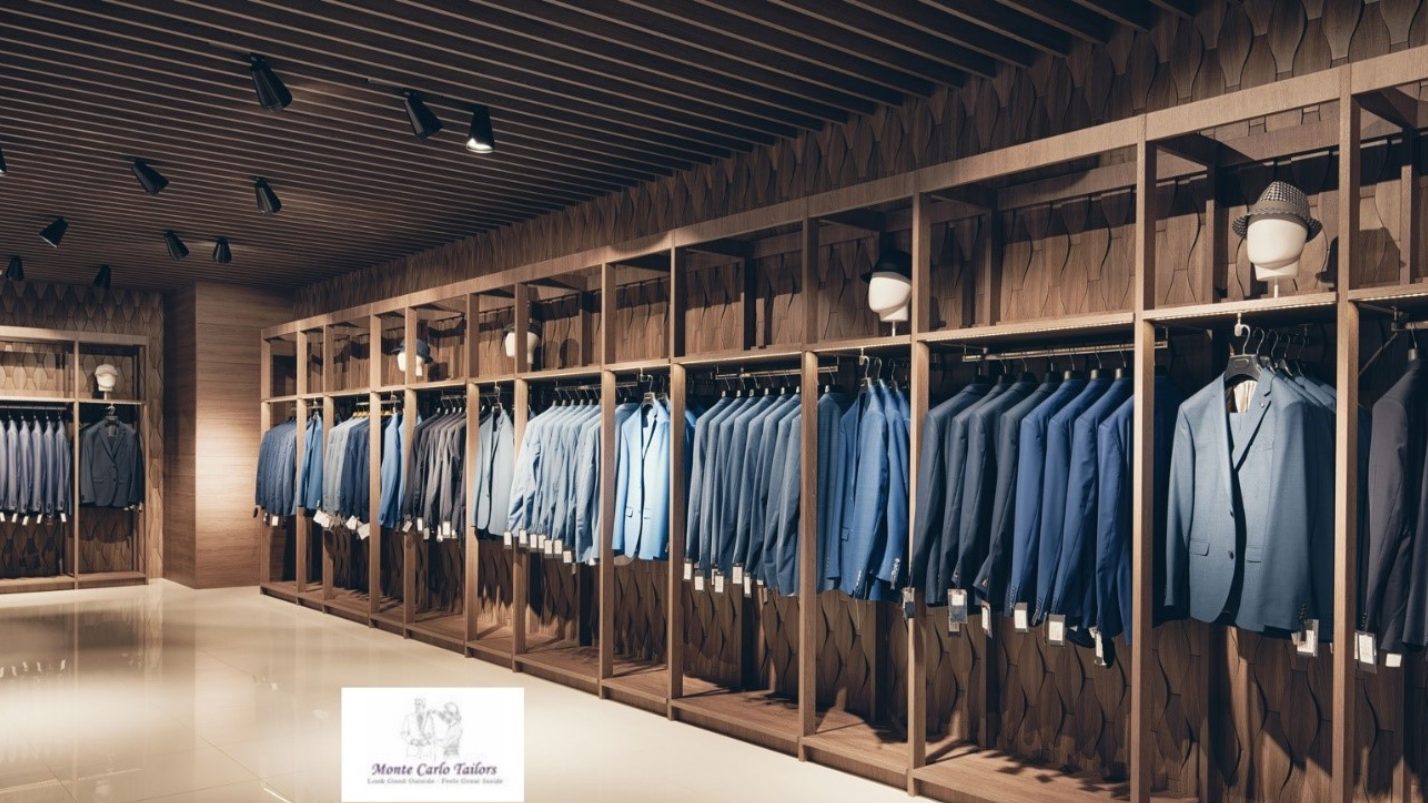 The most common weave after solid plains is the stripes. There arevarious types of stripes with pinstripes being the most common. Pinstripes, asthe name suggest, are very narrowly spaced stripes running in verticaldirection. The stripes are usually prominent and white in color although greyisn’t uncommon either. Pinstripes are common in dark suits such as black, navy,charcoal, grays, and solid browns. There are other types of stripes as well.There are the mid-range gap stripes. These could come in single line stripes,double or some are even triple lines. Mid range stripes may also have differentstyles in striping on the cloth, if the lines are more than single linesstripes. They could come in different colors or one could be dotted like whileanother running thread like. There are also chalky style stripes where thelines have the appearance of chalk written on the blackboard. Then there arethose far-spaced stripes that have the width between one line to the next isaround ¾ of an inch upward. The function of having stripes in a suit is more tomake the wearer look taller than for looking good or fashionable. Thus stripesdo not go well with very tall men. Stripes work fine with both single anddouble breasted styles and on both styles of lapels whether it is the notchlapel or the peak lapel. 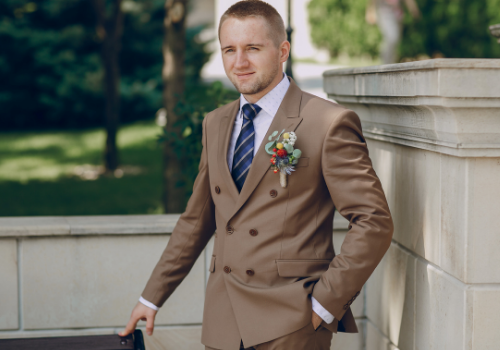 Another common pattern is the check pattern. Checks are horizontal linescriss-crossing with vertical lines. There are various different styles inchecks. Check patterns are more informal than their solids and stripesbrethren. The most common checks are the Prince of Wales checks. These havelines crossing each other in such are way that they form rectangular blockpatterns. Another type of common check is the windowpane pattern. Windowpanepattern usually have lighter shades of lines criss-crossing each other inside abolder shade of rectangles. Checks are worn in a more relaxed gathering likethe country side function. They also help taller men appear less looming. 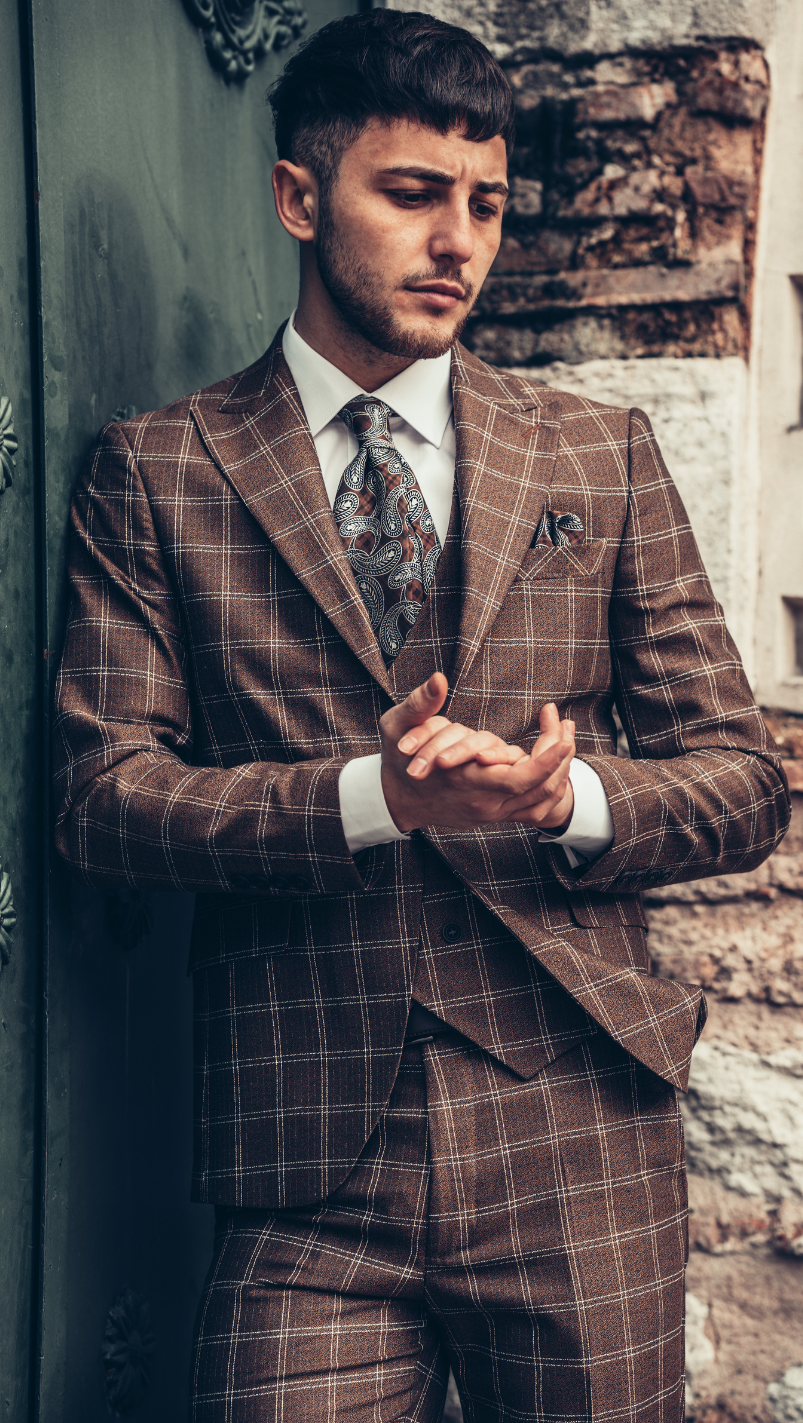 ‍Another commonly found pattern is the herringbone. Herringbonepattern has two angled lines forming small arrows running subtly down theweave. This type of pattern is usually found in thicker fabrics and is morecommon in sport jackets than in suits. Shades of browns, tans, grays, and blackare common for herringbone pattern. 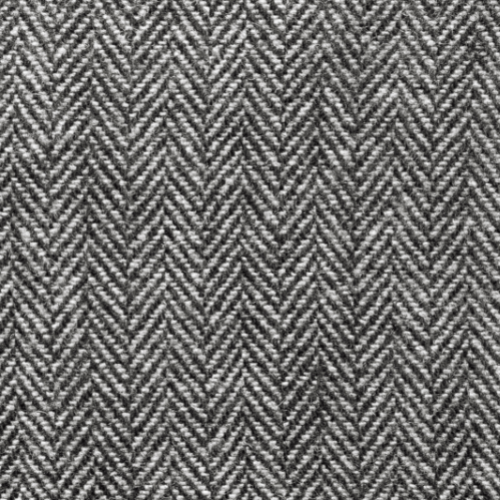 Birdseye pattern is also another common fabric for gentleman’s suits.Birdseye pattern is tiny dots of lighter shades on a darker dotted backgroundthus forming something of the appearance of bird’s eyes. Birdeye pattern arecommon for semi-formal wear and can be made for both single breasted and doublebreasted suits.

Opening into the realm of patterns, a gentleman has a wider range andcombinations to play with in selecting his choice of suits, thus giving himample selection to construct his wardrobe.

For inquiries about styling, custom made suits advice on types of suits for which occasions orturnaround time, can call or whatsapp at +66863307228 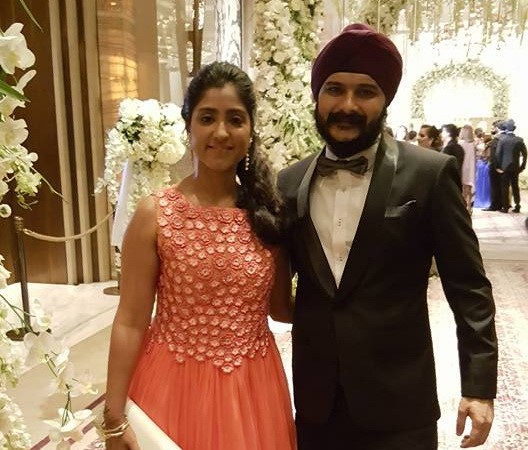 Raja Gulati is the Managing Director of Monte Carlo Tailors, a family business his father started some 40 years ago.

He is endorsed by Antonio Centeno, the world’s most followed men’s grooming guru (2.5 million on youtube) in the article “10 Custom Tailors Antonio Recommends”